Local Works Welcomes 2nd Round of Creatives in Residence

Lowcountry Local First (LLF) is proud to announce Matthew Mebane and  Cody Carlyle Dixon as the two recipients of its Creative in Residence program, an initiative that awards a six-month opportunity at Local Works, LLF’s non-sector coworking space. Matthew and  Cody will begin their residency on July 1 and  receive mentorship over a six-month period to enrich their creative ventures.

Matthew is a filmmaker who plans to use his time at Local Works to make significant progress on a socially relevant film based upon the true story of a local Charleston hero. Matthew began his career assisting Academy Award-winning director of photography, Russell Carpenter (Titanic) and  continued to study filmmaking first hand  as an assistant cameraman on the set of motion pictures with such acclaimed filmmakers as Paul Thomas Anderson, Terrence Malick and  Robert Redford. Matthew quickly took what he learned on the job and  seamlessly applied it to his own projects. His films have screened at over 75 festivals worldwide and  earned 18 awards: including accolades from Sundance and  Slamdance.

Cody will continue developing his current outreach project known as “Soul Power.” He is traveling to Dakar, Senegal to spend time with IQRA Bilingual Academy, an Islamic-centered international school, to teach music and  production. He is raising the funds necessary to build a studio,  record and  produce an album for the academy’s choir. Proceeds from this album and  merchand ise, along with donations and  sponsorships will allow him to secure equipment for the academy as well as stimulate the local artistic community and  economy. During Cody’s time at Local Works, he will take on a similar project here in the Lowcountry, helping a Charleston County school that faces the same struggles as the IQRA academy.

Cody and  Matthew were selected by a committee of coworkers and  past Creatives in Residence out of more than 15 applicants. The overwhelming response to the call for applications continues to prove to the organization the need for more support for local creatives. 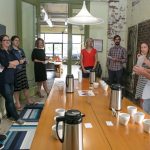 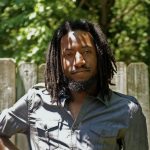