Somehow it’s already December. We’re not sure how that’s possible or where the time went but we’re facing facts and  conceding that 2017 is right around the corner. But before we start making resolutions for next year, we’re pausing to reflect on some of the amazing things that’ve happened at Local Works in 2016.

We opened our doors to some exceptional local organizations that needed a space to host their meetings, events, and  parties.

We welcomed a new wave of Local Workers in 2016. Their presence brought new energy and  enthusiasm to the space. Some notable newbies include:

We worked really hard and  it paid off big time. With hard work came some big wins that we’ll be celebrating throughout 2017.

– We launched a Creative In Residence program and  received more than 20 interested applicants.
– We received a $50,000 for being a winner of the U.S. Small Business Administration’s (SBA) annual Growth Accelerator Fund Competition.
– We launched a new video that showcases the story behind Local Works and  recognizes some of the individuals and  companies that make the space so unique. Watch now!
– We were recognized as a cool place to work by Charleston Regional Business Journal!

2016, you were great—we had a lot of fun and  we did a lot of incredible things. We can’t even imagine what 2017 has in store for us but we’re ready with open arms to see what the future holds. 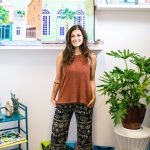 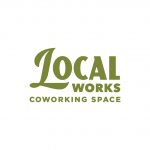 Local Works Welcomes 2nd Round of Creatives in ResidenceBlog