There is such trans-formative power in the written word; even more so when you see those words come to life. A book, play or poem can take you to another place and  time, inspire, or spark a nostalgic moment in time. Greenville native and  long time Charleston transplant, David Lee Nelson, is a versatile artist who decided in 2002 to join the ranks of his personal favorites, Samuel Beckett and  August Wilson, to transform and  entertain you with his words.

David is a playwright, a teacher, an actor, a comedian, a ghostwriter and  a theater producer. His latest piece- A Sudden Spontaneous Event, produced by PURE Theatre, and  directed by Sharon Graci, opens on March 3, 2016. A Sudden Spontaneous Event focuses on the character Carol, played by the much lauded Joy Vand ervort Cobb and  deals with her struggles to pick up the pieces of her life after suffering a stroke. While many can attest that such an undoubtedly traumatic event can upend ones life, David’s play focuses heavily on the comedic aspects of coping.

A Sudden Spontaneous Event is David’s fifth comedic play, yet only his second involving multiple cast members. His previous works have been one man performances-which any way you cut it is a practice in open bravery. He discovered his affinity for acting in plays at the young age of 5. In childhood he suffered from a pronounced stuttering problem; however when he was acting in countless Catholic church plays he found that his stuttering was non existent-thus his passion was realized.

Nelson spent over 10 years in New York City working on his craft but has found himself back in Charleston, a city he agrees is nearly impossible to shake. David praises the unwavering support of Lowcountry Local First member and  collaborator PURE theatre, which was recently honored by critics as the Most Diverse Theater Company. He treasures the local theater scene and  values the ability to create and  produce in Charleston while not having the ever looming issue of ‘How will I afford my rent’ that many New York creatives have to tackle.

David has spent many hours of the 14 months it took for this play to come to fruition here in the Local Works space. He’s inspired by the energy, ambiance and  general coolness of his fellow co work space members. The ability to work on his projects oftentimes late night in a quiet space with unlimited free hummus is of course an added bonus for him.  When not writing David enjoys watching basketball (particularly Virginia Tech), keeping up with the wild and  woolly world of politics, spending time at the beach (read more about one of his earlier plays Folly Beach here and  hanging with his cat Myles.

Be sure to get tickets to see A Sudden Spontaneous Event, which will be at PURE Theatre every Thursday, Friday, and  Saturday in March, with a special “pay what you can” show on Wednesday 3/9. 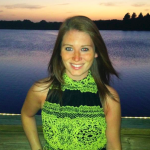 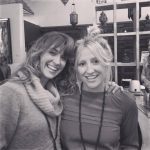