Kelly describes herself as a Social Justice Documentarian. She’s covered issues such as high foreclosure rates that were crippling communities in Boston, Massachusetts with her project We Shall Not Be Moved. She highlighted the coming of age story of 15 year-old Courvosier Cox with her compelling project In This World. Courvosier as one of six children to a single mother, has the odds stacked against him. Yet he continues to fight to maintain his spirit of steel, and  his infectious charisma all in hopes of one day reaching stardom,  “I met Courvosier when I lived in North Carolina and  he was an entrepreneur. He was going around the neighborhood doing odd jobs to get money. I was so drawn to him after he kept telling me about his plans to go put on a talent show and  then eventually go to LA that summer with a reel in hopes of making it in show business. I originally wanted to do this short film because after coming off of doing the pork project I just wanted something more lighthearted. It didn’t exactly turn out to be as lighthearted as I thought.”  With her previously mentioned pork industry film, Whole Hog, she and  her team ran fearlessly into the contentious war of pork in the state of North Carolina. A task which Kelly herself admits was daunting. “We got letters from pork industry and  public health sector officials saying they were displeased with the outcome of the project. We interviewed people who made us promise not to publish anything they said. A farm manager basically told us that he wasn’t happy with us even being there to film. There’s a culture of pork in North Carolina that’s deeply ingrained. We encountered a lot of skepticism on that project. We got praise but a lot of push back too.” Creedon recounts.

Creedon, a New Jersey native who relocated to Charleston a couple of years ago to reconnect with family, began on her path of becoming a documentary film maker in undergraduate school at the Salt Institute located in Portland  Maine. She started out doing photography because it was the medium she first identified as being able to express “the unique emotion of moments.” In a desire to put “voice to those photos” she moved into film. She lists the qualities that go into making a good documentarian as “being curious about the world, having a genuine interest in people, possessing an open mind to being surprised about the world and  having the fortitude to be solidly wrong about preconceived ideas. One of the things that stuck with me about getting into this line of work is that you’re not in this for money. You do it because you just couldn’t see yourself doing anything else.” The lack of glitz and  glamour attached to making documentary films brings back to memory a humorous yet bittersweet description given by comedian Louis CK at Oscars on how this line of work often goes under appreciated. Being a documentary film maker often calls for thankless toil, doors slammed in your face, and  often time being viewed as an interloper. However, Kelly keeps in mind that being a social justice documentarian is worth it if the effort stays pure and  can showcase the human elements within social issues. A real story, like that of Courvosier Cox, takes statistics, which can often be flippantly presented in a news crawl at the bottom of your television screen, into a relatable story. “My main goal in storytelling is bringing people into relationships.”

Creedon became a member of Local Works after moving to Charleston from Durham to be closer to her family and  our beautiful coastline. She’s no stranger to the coworking concept and  even helped to found Make Shift Boston, a coworking space in Boston, Massachusetts “for socially minded creative individuals.” She values the relationships and  collaborations that can be formed within a coworking space and  found Local Works to be a natural fit. “It’s nice to be able to wake up in the morning with a set place to go and  not just a coffee shop. I like being around other people who are full time involved in their work.” During her time here at Local Works she has already started work on her next projects, one of which is close to her heart. “The next project will feature my mother who at 68 has become obsessed with tap dancing; she’s been doing it for seven years now. She even does performances.” She’s also hard at work on editing a feature length film that follows a family’s struggle with their farm. “I’m becoming more and  more interested in long form work. It’s creatively fulfilling. This work is all about what I can learn from connecting with people.”

One of the absolute highlights about joining a coworking space is discovering stories and  projects like Kelly’s, which are expansive and  inspiring. Collaborations abound in the Local Works environment, especially when surrounded by so much talent. Make sure to check out Kelly’s work on her website kellycreedon.com and  follow her on Twitter @kellycreedon to keep with screenings and  updates of her latest projects. 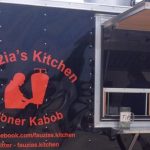 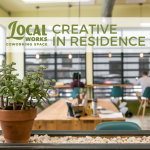